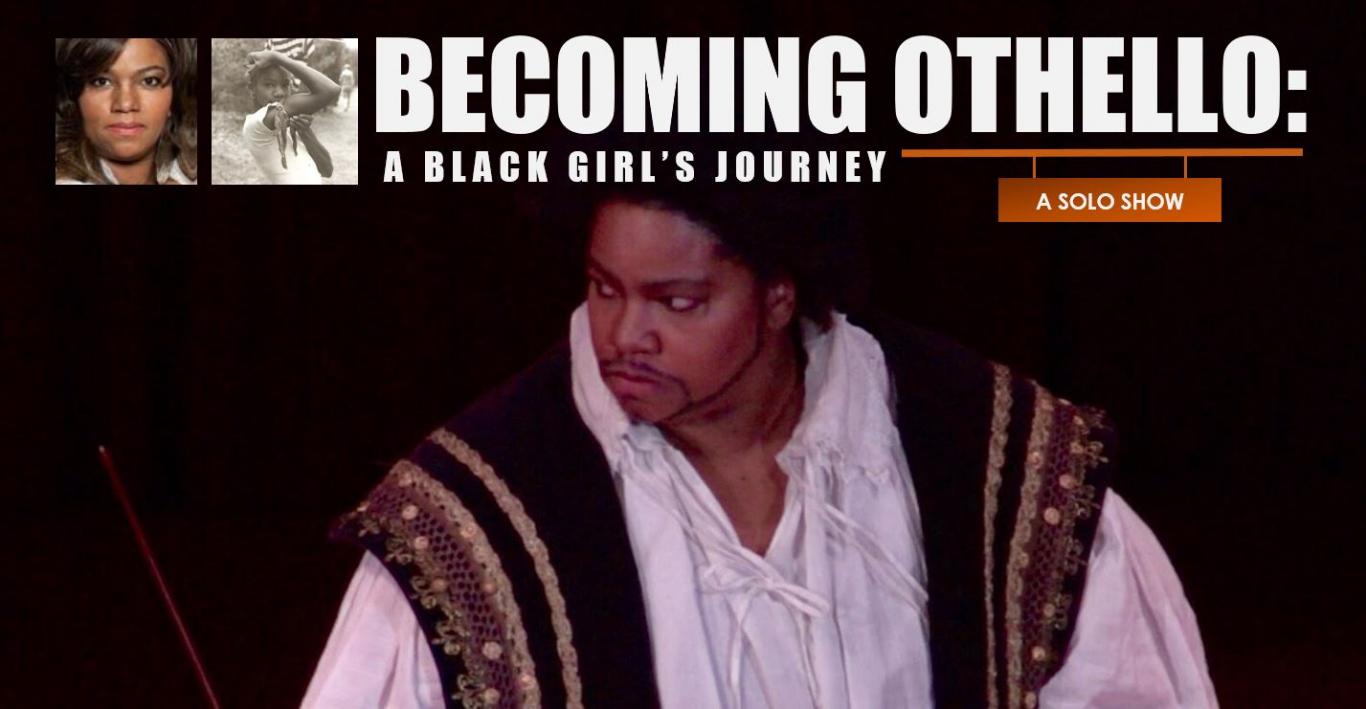 Show Synopsis
BECOMING OTHELLO: A Black Girl’s Journey﻿, ﻿written and performed by Debra Ann Byrd,﻿﻿ is a 90 minute, 5-Act, living memoir which explores a young woman’s acting journey on the road to becoming Othello, her trials and triumphs with race and the classics, some memorable experiences on her gender flipped journey and her fun-loving and tumultuous youth; complete with moving multimedia images, lyrical language from Black women playwrights, William Shakespeare, Langston Hughes, Martin Luther King, Jr., Frederick Douglass, Harriet Tubman and the King James Bible, along with soulful songs and the music that shaped her life in her beloved Harlem.

TICKETS: Both performances are presented Free and Open to the Public. Limited Seating. RSVP Strongly Suggested. 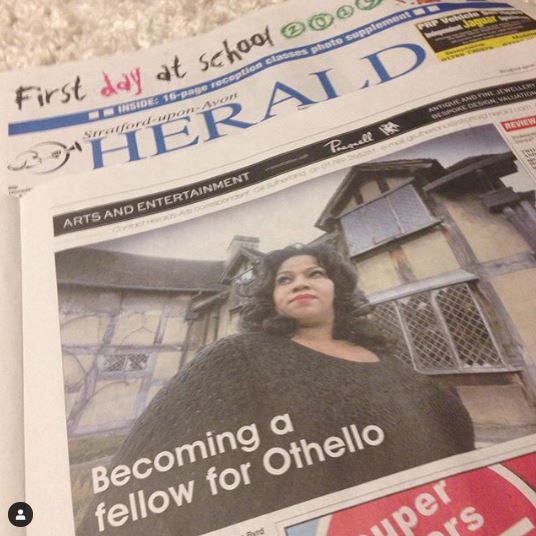 It is difficult to summarise a performance as personal and resonant as that given by Debra Ann Byrd. At this, the first performance of her one-woman show Becoming Othello: a Black Girl’s Journey, Debra Ann brought us into whirling histories of subjugation, abuse, loss, but, also, into twinkles of blinding light, love, creativity, and victory ... >> Read More

THANK YOU! GENEROUS SUPPORT PROVIDED BY: