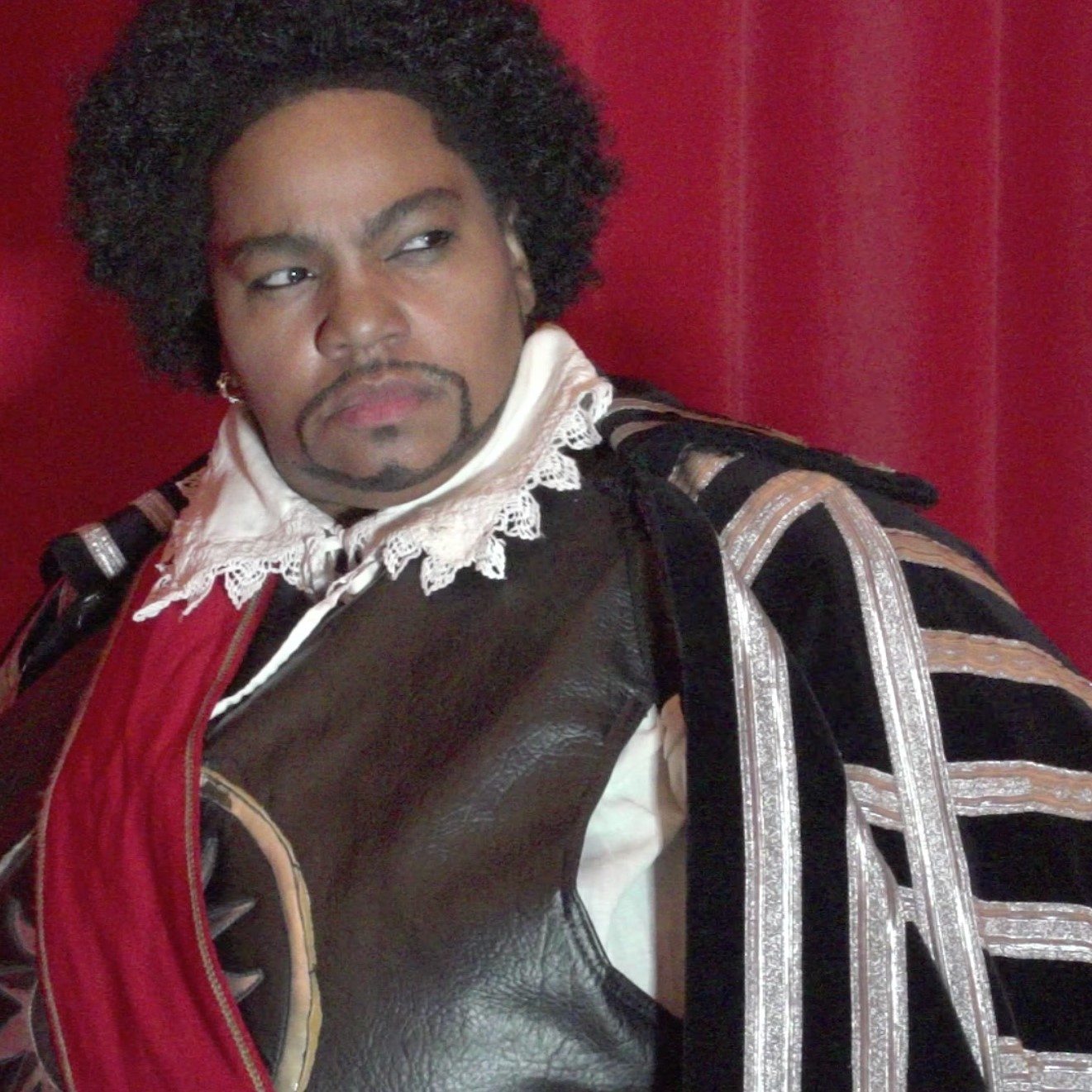 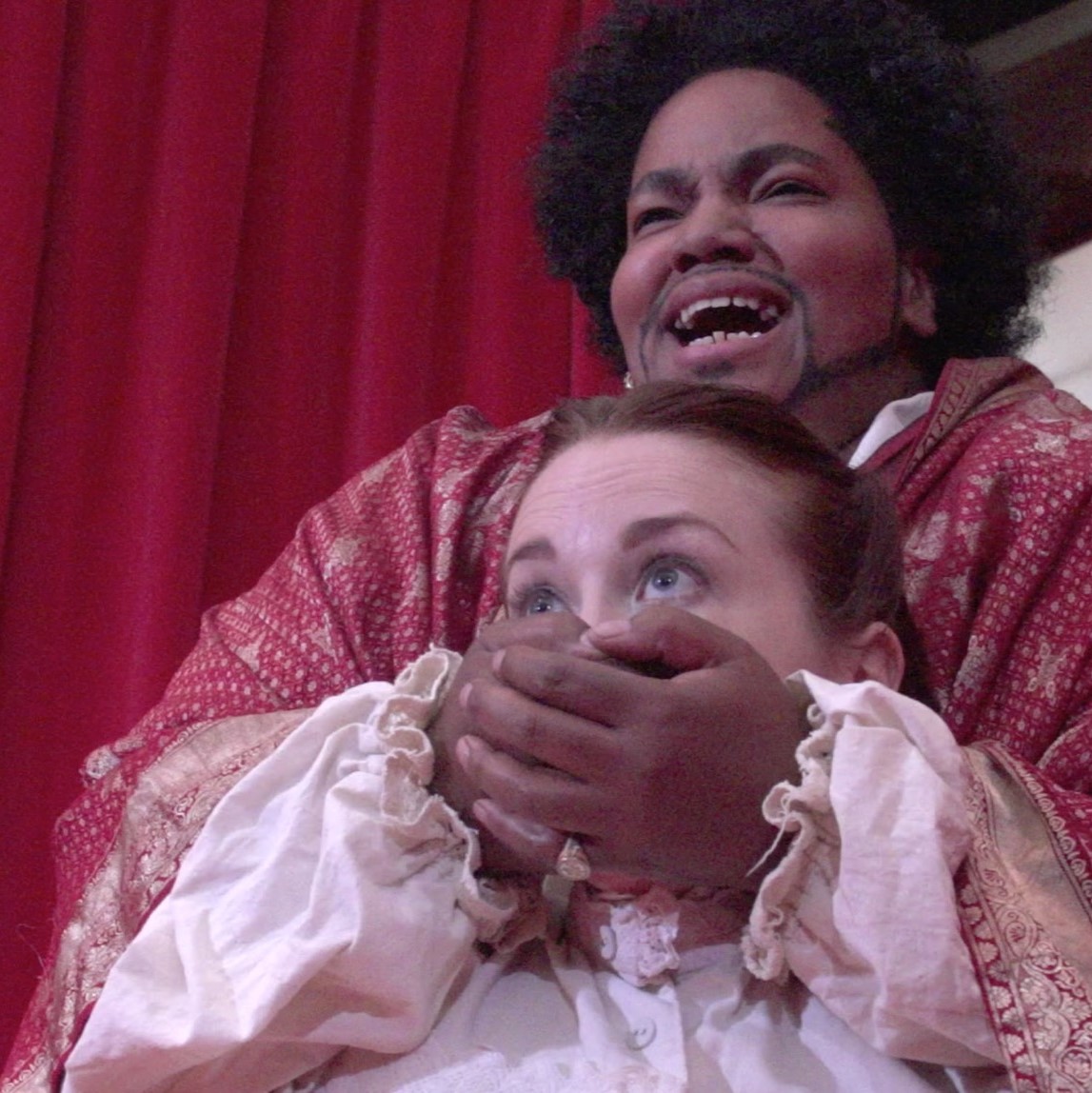 One name is at the center of every conversation: Othello. He has recently promoted Cassio to Lieutenant- a title Iago had been coveting. News has reached Brabantio, via Iago, his daughter, Desdemona, has secretly eloped with Othello. This news infuriates Brabantio and devastates Roderigo who is desperately in love with Desdemona. Brabantio is convinced Othello used witchcraft to woo Desdemona until she arrives and professes her love. Iago and Roderigo join forces to seek revenge against Othello.

We set sail for Cyprus: Iago with Desdemona, Othello with a fleet to prepare for battle against the Turks. Othello is still at sea for battle; news arrives that the Turkish fleet has wrecked. Meanwhile, Iago lands in Cyprus with Desdemona where they are greeted with great affection by Cassio, an affluent gesture that enrages and inspires Iago. Iago convinces Roderigo to confront Cassio with being in love with Desdemona. Othello arrives and throws a party to celebrate his marriage and the demise of the Turks. Iago convinces Cassio, who has a drinking problem, to get drunk. Cassio causes a scene and is disgraced by Othello. Iago then convinces Cassio to plead forgiveness through Desdemona; he plots to make Othello see the Cassio and Desdemona together.

Othello walks in on Cassio and Desdemona talking. Cassio leaves with haste and Desdemona takes to pleading to Othello on behalf of Cassio. These actions, fueled by Iago's sinister advice, takes hold and Othello becomes suspicious of Desdemona's fidelity. Emilia, Iago's wife, steals the handkerchief Othello gave to Desdemona so Iago can place it in Cassio's room to further the deception. Othello demands proof of the affair. First Iago claims that Cassio, while sleepwalking, passionately embraced him thinking Iago was Desdemona, but Othello doesn't bite. He then says he saw Cassio wipe his beard with Desdemona's handkerchief. This works. Desdemona presses Othello to speak with Cassio. Othello demands the handkerchief; she can't produce it. Iago sets up Othello to hear Cassio speaking candidly about his "affair" with Desdemona and does so by tricking Cassio into talking openly about his real relationship with Bianca.

Othello is over the edge and seeks to murder Desdemona for revenge; Iago feeds that fire. Word comes that Othello must away and Cassio is to be put in charge in Cyprus. Roderigo confronts Iago about not delivering gifts to Desdemona on his behalf as promised. Iago spins this into convincing Roderigo that what needs to happen is Cassio being murdered. Desdemona, now full of fear, confides in Emilia. Roderigo and Cassio fight; Roderigo is injured. Running to his "aide," Iago takes the opportunity to kill Roderigo. Cassio gets away with a leg wound.

Othello watches Desdemona sleep as he contemplates killing her. She awakes and pleads her innocence after Othello confronts her to confess her sin. He smothers her and then confesses to Emilia. His confession leads Emilia to connect the dots of the command to steal the handkerchief; Iago immediately kills her upon the confession and is swiftly arrested. Cassio then enters and reveals the entire plot to Othello. Overcome with remorse and sorrow, Othello ends it all.«

The above is a summary of the entire play; this production has been condensed and some characters and scenes have been completely cut for time and flow.

BACK TO ALL-FEMALE OTHELLO 2019